eSports gaming is an entirely 21st century phenomenon. As young as the ‘sport’ may be, it has managed to attract a massive following. And, as all players of any game know, whenever there’s a lot of people interested in a competitive activity – money is soon to follow. eSports has become a significant point of interest even for online casino players, because so much cash is tied up in it. Not to mention, eSports hasn’t just conquered the Western world – it’s also infiltrated countries like South Korea, Japan and China which means even more players and money are at stake. If you want to learn more about eSports and why it’s such a relevant sport to casino players, read this full eSports gaming review.

Bet on eSports Gaming at these recommended casinos!

What is eSports Gaming?

eSports is short for ‘electronic sports’, and it involves gamers coming together from all over the world to go head-to-head in a gaming competition. But these aren’t just some guys connecting over the internet and having a bit of fun to themselves. No – eSports gaming takes place in gigantic arenas with hundreds of thousands of fans and supporters present watching on big screens, and millions more following from live-streams. In 2015 alone, the global eSports gaming audience was estimated to be 226 million people. The competitors themselves are trained pros with serious gaming skills that aren’t matched very easily. The tournament prizes reach the double-digit millions, and some of the most famous players (often times still just teenagers) are already millionaires.

In fact, the use of the word ‘sports’ in relation to these types of competitions is a bit controversial given that no physical activity goes into it (except, maybe, a little wrist action). But the argument against this is that the players still have to dedicate the vast majority of their time and energy into training for the tournaments so that they can achieve incredibly fast multi-tasking levels, and master any new updates that emerge for the games.

It’s also important to understand that not all video games are eSports games. Tournaments are based around a very specific list of games, including names like: League of Legends, Dota 2, CounterStrike, Call of Duty, World of Warcraft, Halo, StarCraft, FIFA, and maybe a handful of other games. In order to become a professional eSports gamer, you have to get beyond legendary proficient levels at playing these games. 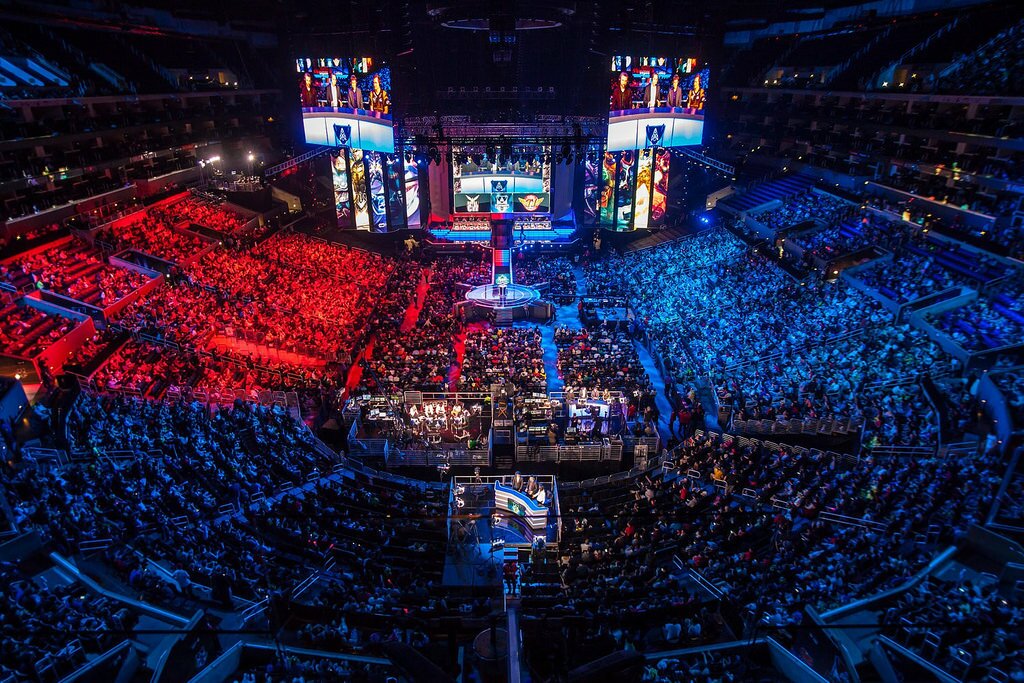 How did it all start?

The internet was a huge turning point for gamers back in the late 1990s. Once computers became cheap enough for every household to have one, and the internet enabled gamers to connect from miles apart, eSports really started evolving into something huge. Suddenly, skilled gamers not only could challenge one another to competitions, but others could watch them do it. We’re already probably familiar with Youtube, and we know that famous gamer Youtubers like Pewdiepie, Jacksepticeye and Markiplier earn thousands of dollars just from doing Let’s Play videos and from live-streaming because of their millions of subscribers. And they aren’t even especially great at gaming.

Now, imagine highly obsessive gaming individuals finding each other online and dedicating 99% of their days and nights into mastering video games. Slowly, gamers started being ranked according to their skill levels, and slowly, these competitions started to become more highly organized. Slowly, this type of gaming became its own sport – eSports. In 2011, the first official worldwide tournaments started taking place. In 2016, the World eSports Association was established to regulate and control the huge and profitable industry that the eSports Gaming industry had become. 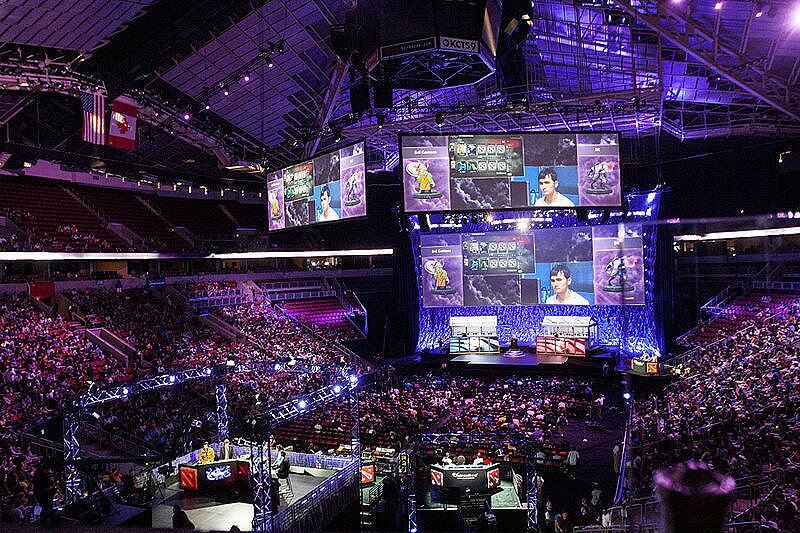 Why has eSports become so huge?

Like we’ve already said, wherever there’s big crowds and big competitions, big money is also going to be involved. Companies started realizing that they could make significant money from sponsoring these events and sponsoring players themselves. More traditional sports club like the Premier League have bought eSports gamers out to represent them in these competitions. In 2016, the UK launched the first ever 24-hour TV channel dedicated to showing only eSports gaming events and tournaments.

The prizes of the tournaments themselves are also unbelievably high. Some of them even reach the 100 million status (which is way more than you’ll ever get on a progressive jackpot slot), so the stakes are high and the pressure is always on. In 2015, just the League of Legends World Championships final alone had 35 million viewers tuned in. The below photo is just a taste of the kind of audience numbers present at the League of Legends finals. Following these kinds of viewership numbers, it’s not a surprise that millions are behind the eSports gaming industry.

Also, as online casino players may have suspected already, eSports gaming brings with it some incredible betting stakes. A lot of people find that betting on eSports gaming just gives it that extra edge of excitement and fun. A lot of cash is therefore also involved from the betting and casino side of things. 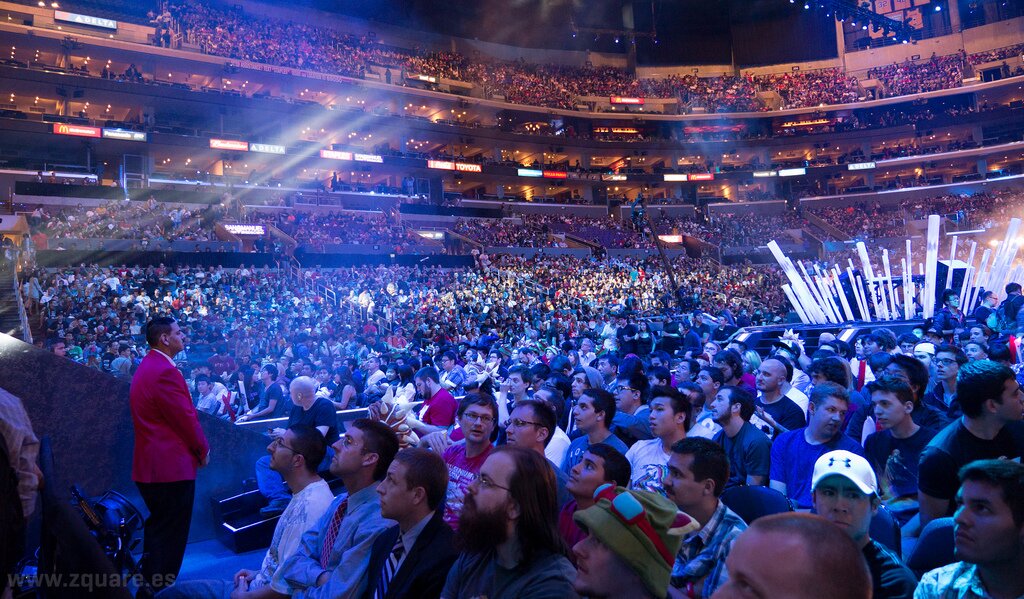 You’d be mistaken in thinking that anyone and everyone could become a professional eSport gamer, sorely mistaken. It takes a lot of training and lot of dedication to get to where these guys are. South Korea even has gaming houses which are like the gaming equivalent of a frat house. Teens go live there, together, and just play all day to get better at what they do. Some of them even have live-in maids and cooks to make sure that they don’t forget to feed themselves. In order to get started, you’d have to practice for hours on end and start small at websites like Gamebattles.com.

So how much money do these players actually make? Depending on how many tournaments they’ve won, and what kind of endorsement deals they have, the number can range from the multi-figured thousands to the millions. Zhihao Chen, known as ‘Hao’, earned a huge $1.2 million just for prize money alone. Other players have had sponsorship deals with brands like Coca Cola, Red Bull, Nissan and HTC – the value of which remains unknown (although we can be certain it’s in the hundreds of thousands). Put all those deals together, and you’re guaranteed to be earning millions.

To give an idea of how much is at stake at these tournaments, and how serious they are, let’s take a look at a famous past event. The International, held in 2014 in Seattle, USA at the KeyArena, outweighed both the Superbowl and the Tour de France in terms of its prize-pool. The International brought together 16 of the highest elite Dota 2 teams as they went head-to-head. The prizes collectively were worth $10,931,000. The winning team got 46% of that pool, an incredible total of just above $5,000,000. The prize-pool of the Superbowl in 2014 was $9.9 million, and the prize-pool of the Tour de France was $2.73 million. 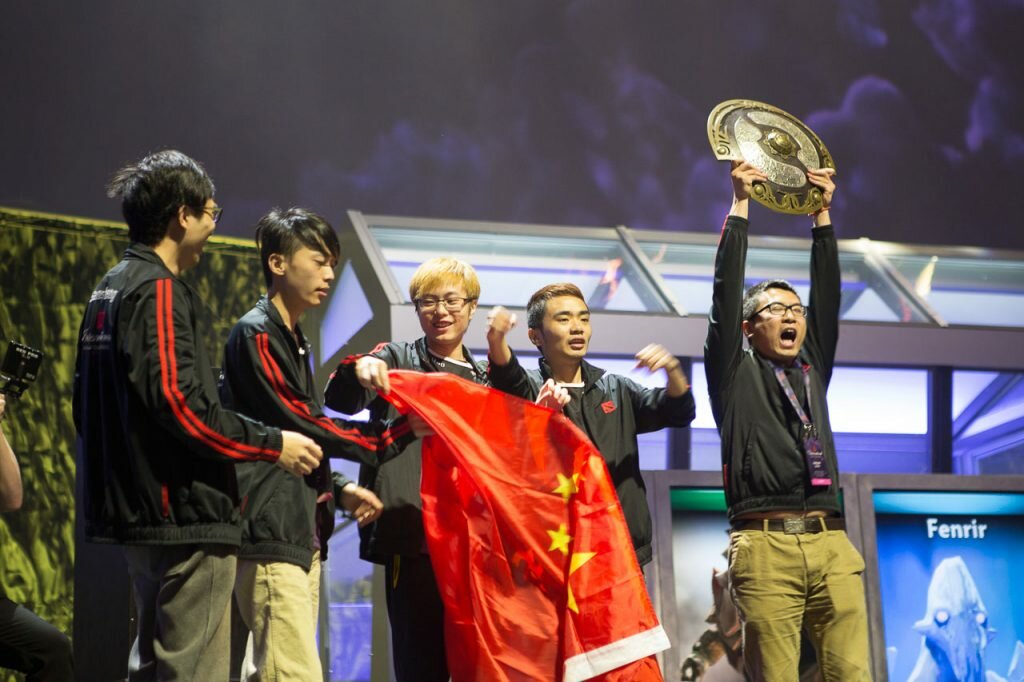 What does the future hold for eSports Gaming?

Things don’t look like they’re slowing down for eSports gaming. The number of followers and viewers keeps steadily increasing, and the millions tied into the tournaments and behind the entire industry keep growing as well. Who knows? Maybe one day it’ll even surpass physical sports like football, soccer, basketball and so on in terms of popularity and betting stakes. One thing is for sure – any serious betting gamer should definitely sit-up and take notice of eSports gaming. There’s a whole world waiting to be discovered, all you have to do is get into it.